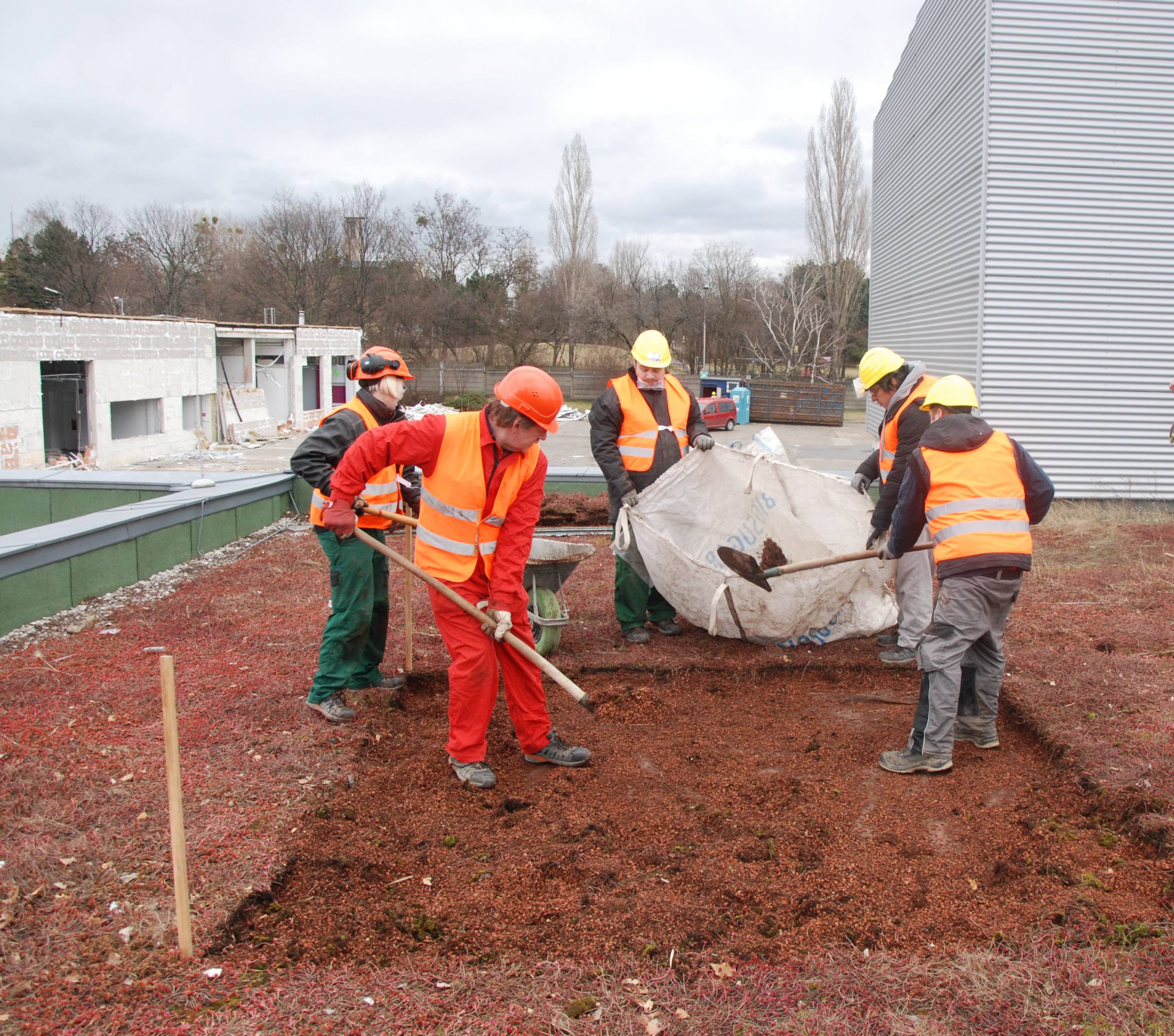 Construction and demolition waste is the most voluminous waste stream generated in the EU and a priority waste stream according to the European Commission. Last year Austria introduced a progressive regulation to prevent waste of the high-value material by boosting re-use of construction and demolition components. As a response to that a project was launched to exercise re-use on a large-scale demolition work for the first time in Austria.

According to the Austrian Recycled Construction Materials Regulation[1] an audit for hazardous substances has to be carried out before a demolition work producing above 750 tonnes of waste and of gross building volume more than 3,500m³. The 2016 regulation added an obligation to also carry out an audit for re-usable components. Potentially re-usable elements have to be identified and if there is a concrete demand they have to be dismantled and handed over in a way that doesn’t hinder or make re-use impossible. Wooden parquets, bricks, stoneware, roof tiles, doors, windows, sanitary objects and radiators are examples of components that can be diverted from waste if dismantled properly.

Since a practical experience on a large-scale was missing six organisations from Vienna set up the BauKarussell project in order to close this gap. The consortium of re-use social enterprises, a building designer and an ecological consultancy combines different perspectives and expertise with the aim to develop a service package for dismantling of large buildings.

The pilot started with dismantling of the Coca-Cola plant in Vienna which was done by social enterprises and primarily involved workers from disadvantaged groups such as long-term unemployed or people with migration background. The re-use and recycling-oriented demolition generated € 100 000 turnover and prevented 450 tonnes of waste. The amount of waste prevented corresponds to nearly 1% of the total demolition mass, which is a remarkable value for a pilot project.

“According to our estimates up to 10% of the demolition mass could be diverted from waste by re-use. In Austria 9 000 jobs could be created by projects like BauKarussell and by engaging work integration enterprises marginalised people can be put back into work.”