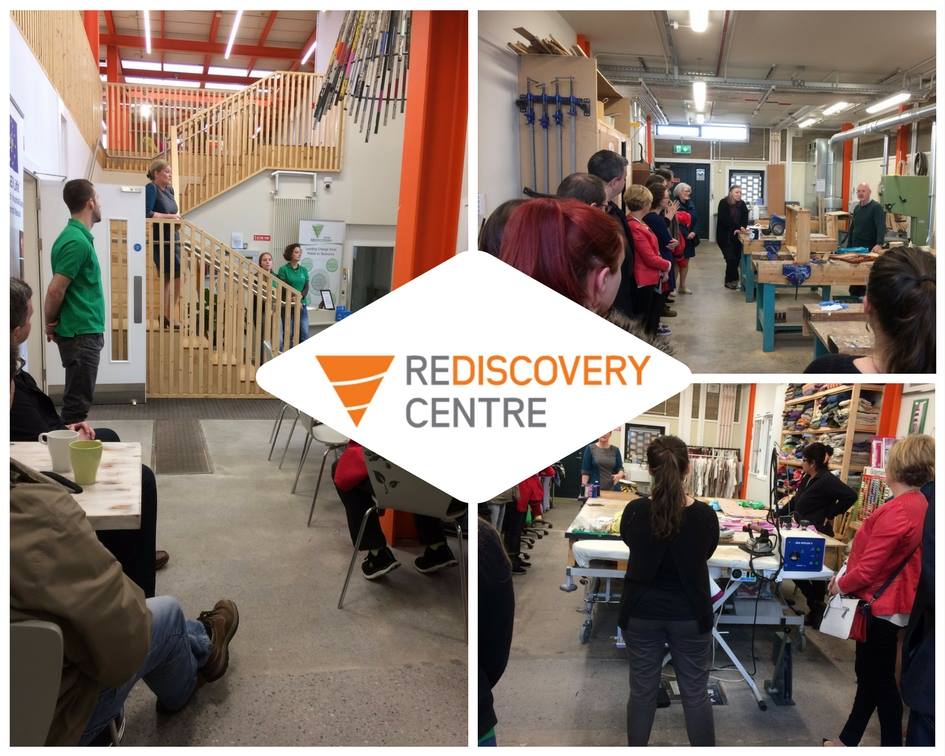 A renovated 1960s boiler house in Dublin has become a unique place to host initiatives working on waste prevention and re-use including social enterprises. Originally destined for demolition the industrial building was finally renovated by the WISER Life project and demonstrates how to use waste as resources and keep energy and materials in circulation. After three years of renovation the boiler house was officially opened by Minister for Communication, Climate Action and Environment Denis Naughten on 11th May 2017.

The renovation of the boiler house itself was a lesson in making the most of original building elements while achieving high standards of energy efficiency and using renewable-energy technologies. The renovation process allowed the developers and architects to look closely at what is possible to re-use in the construction sector and brought knowledge which can be fed into other projects focusing on re-use of construction and demolition waste. In the project brick, wood, pipes, windows, concrete slabs and steel structures were suitable for re-use which helped reduce the carbon footprint.

The idea behind the WISER Life project is to create a space to cluster enterprises that deliver green services and initiatives in re-use, repair and upcycling. One of them is the Rediscovery Centre, a social enterprise based in Dublin involved in the re-use of clothes, paint, bikes and furniture. The Rediscovery Centre provides community employment and organises courses for the public and schools to promote conscious use of resources. It is part of the Community Reuse Network Ireland, a wider network of community based reuse, recycling and waste prevention organisations.

The Rediscovery Centre was named the Green NGO of the Year by the Green Awards 2017 and together with the Dublin City Council they received the Green Construction Award for the boiler house.