Opinion: Making products repairable and reusable | Next step for an inclusive circular economy 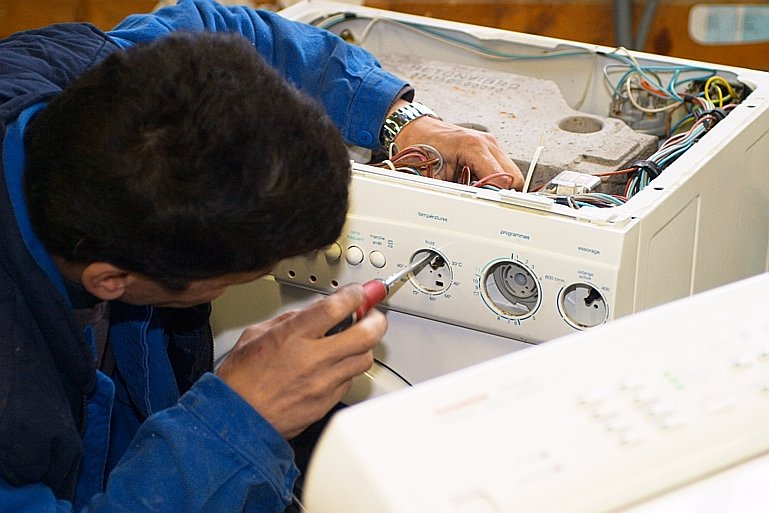 Even though 77 % of EU citizens would rather have their products fixed than replaced by new [1], too many electronics, textiles and furniture items still get dumped. This is a missed opportunity for the environment and the creation of local meaningful jobs in the EU.
We all have a 30-year-old washing machine in mind that our grand-parents still use because, “well, it still works”, while ours is already falling to pieces after two or three years of usage, surprisingly straight after the end of its guarantee. People used to keep their products for  longer thanks to good product design, maintenance and repair. Nowadays, products are replaced as soon as broken.  Last year the weight of e-waste collected in Europe was equivalent to 528 Eiffel towers.
Because of factors including low-cost resources used to make our products, often under precarious working conditions, todays’ new products can be sold at rock-bottom prices. However, this is costing us the earth (literally!) in terms of impact on the environment given the amount of resources and energy needed to build new products.
To top it off, products have become less repairable over the decades, mainly due to obstacles made to their ease of disassembly. Using glues and adhesives instead of screws is one of the techniques which led to unrepairable products. Making repairs possible only via proprietary tools is another. This results in staggering amounts of waste being dumped with empirical evidence showing the service life of most electrical appliances becoming shorter and shorter [2].
But EU Member States have the opportunity to help change this by including minimum rules on product design that take product reparability into account, beyond successful requirements on regulating energy efficiency. However, Member States must be brave in order to raise the ambition of the current proposals on the table for any real change to be felt [3].
Earlier in the year, the European Commission circulated ambitious draft proposals to make product parts and components removable non-destructively, spare parts available for a certain period of time and repair information accessible for independent repairers. Following a period of stakeholder feedback the latest versions of the texts that Member States will be asked to vote on now, however,  make spare parts and repair information available only to professional repairers (who still have to be defined) and disassemblability replaced by dismantlability (meaning that products could beconsidered recyclable, not necessarily repairable). This is a serious drawback and significantly more support from Member States is needed to raise the ambition of the EU’s ecodesign policies. But this is an issue that has an impact far beyond environmental considerations.
Jobs in the repair sector are decreasing every year. A study from the French Agency for the Environment and Energy Management (ADEME) found out that between 2010 and 2012, the French repair sector lost 10 % of its enterprises and 8 % of its jobs [4]. This trend is extremely concerning and is in opposition with the Commission’s objective of boosting the EU’s job market, make it more inclusive and especially counter long-term unemployment where the role of social enterprises is particularly recognised.
Repair must be made easier and cheaper and more can be done beyond eco-design. We tend to think more about our wallets than the planet [5]. In a bid to support the local independent repairers and encourage citizens to think repair first, the Austrian city of Graz introduced a so-called ‘repair bonus’ which allows citizens to be reimbursed for up to 50 % of repair costs amounting to a maximum of 100 euros per year, with the amount of citizens making use of this opportunity increasing year on year. In addition, the scheme was recently extended to the region of Upper Austria.
Other fiscal incentives, such as reduced or better 0 % VAT on second-hand goods and repair services should be created, which is already the case in some EU Member States such as France and Belgium. It can encourage people to consider repairing or buying a used instead of a new good.
Where such fiscal measures are tied in with support for social enterprise re-use and repair operators, it contributes to a more inclusive society, since people have access to goods and services at lower costs while contributing to job creation for people at risk of socio-economic exclusion.
So ultimately product design is not just about a washing machine or a dishwasher. It’s about people too. Supporting re-use and repair can be a key way to move the EU towards a job-rich and inclusive circular economy. Showing more ambition on product reparability requirements will be a big step in the right direction and we urge national governments to do so.