Unanimous re-election for RREUSE’s Board of Directors! 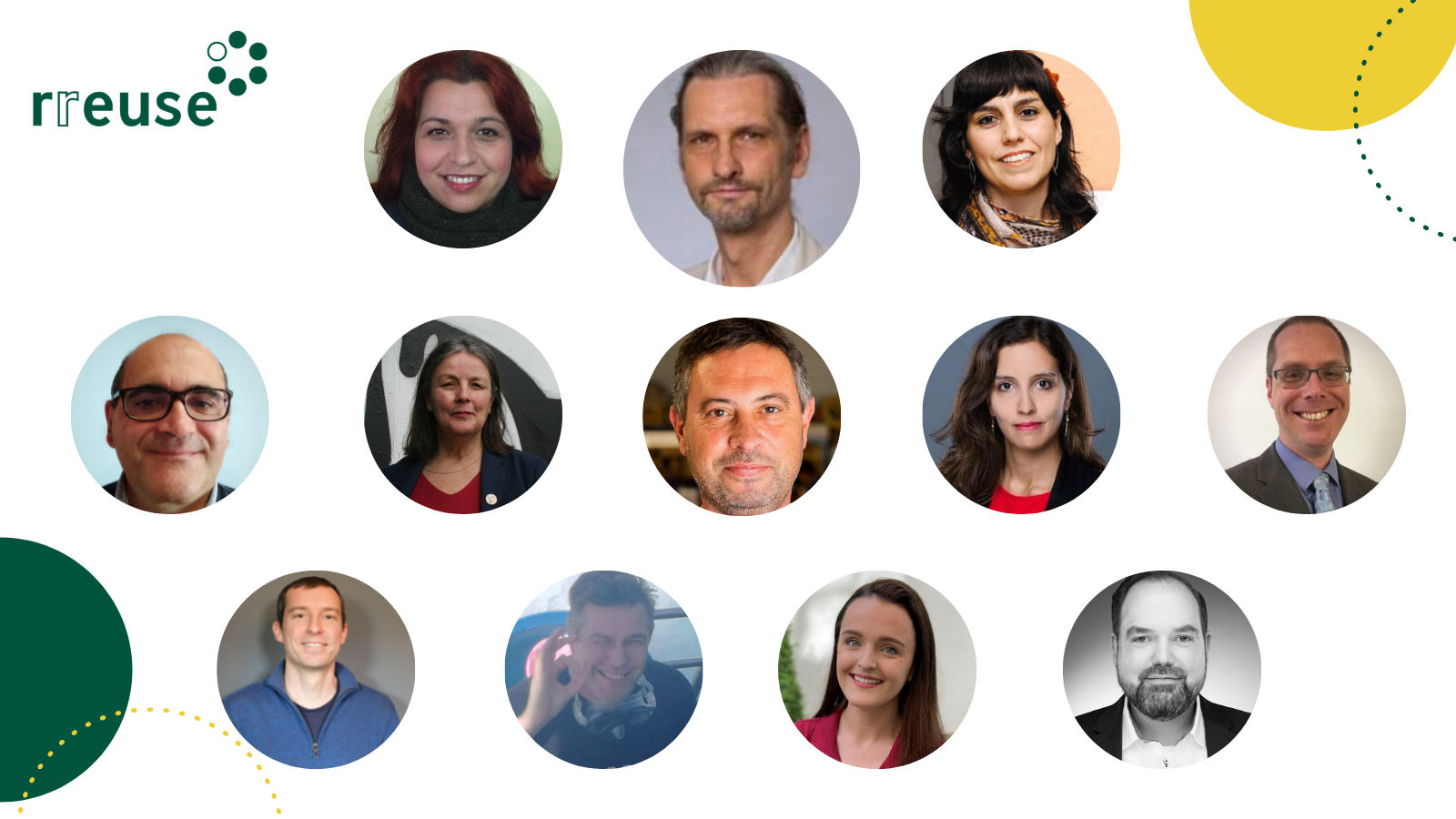 Following a very successful term for the Board of RREUSE, the Network re-elected all Board members and elected two new Board members during the RREUSE General Assembly which took place on the 17th of March 2022.
The results of the Board Elections during the General Assembly highlighted the trust of the network in the abilities, knowledge, and contribution of the Board members to the values and vision of RREUSE and their dedication to responding to the needs of European social enterprises, especially in challenging times like the ones the sector experienced in the past two years.
Matthias Neitsch was unanimously re-elected as president of RREUSE after a remarkable mandate. Matthias is the Managing director of RepaNet, the Austrian NGO for social economy re-use enterprises and re-use and repair networks, and of VABÖ, the Austrian Federation of Municipal Environment & Waste Advisors. Since its founding in 2004, RepaNet has been a member of RREUSE and Matthias has been part of the Board for over a decade.
For his new term as president of RREUSE, Matthias is especially focused on continuing to support European social enterprises in their efforts to boost the circular economy and create opportunities for vulnerable people. He said:

“I feel honoured to be unanimously re-elected as RREUSE president. I see this as an obligation to continue serving our common work to strengthen the European re-use social enterprises in their key role for the socially just transition towards a climate-neutral circular economy where especially vulnerable groups are better respected and valued in their contribution to societal wellbeing.”
~ Matthias Neitsch, RREUSE President

The vice president and honorary president Antigone Dalamaga, Director of the Ecological Recycling Society in Greece, was also re-elected in her position and will continue to provide her vision and ideas to RREUSE for the new term. Laura Rubio will continue to contribute to the Board’s activities after being re-elected, this time in the position of vice president, as will Giorgio Rosso in the position of secretary and Ivan Božić in the position of treasurer.
Seven more members will accompany the ones mentioned above, including the newly elected Thomas Ahlmann and Mary Flemming. Their experience in the sector of social enterprises and their knowledge of issues relevant to RREUSE’s activities will help the network overcome any new challenges and make the upcoming term even more successful.