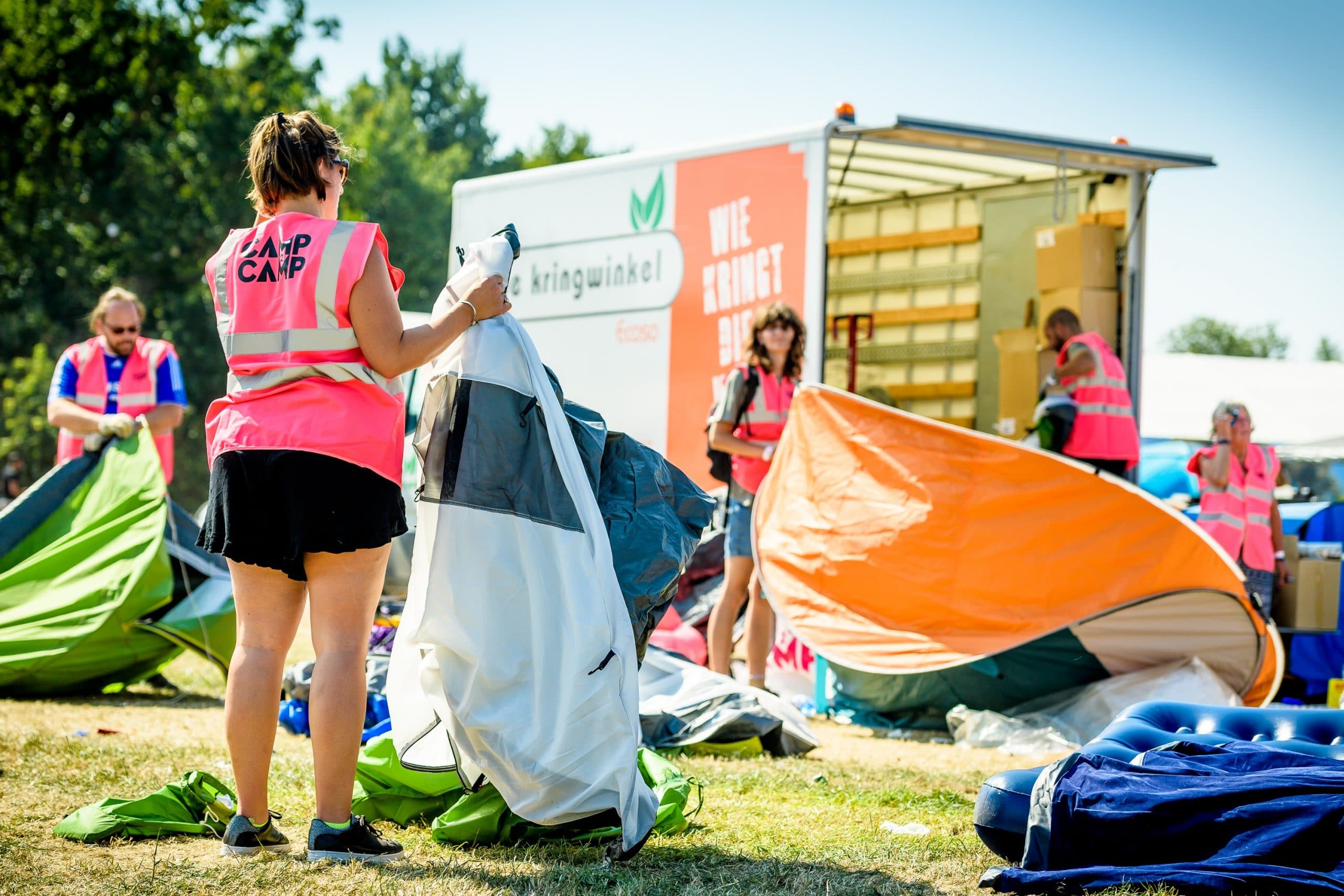 One of the world’s largest music festivals, Tomorrowland, joined forces with a social enterprise in a fight against wasting tonnes of camping equipment left behind by revellers.

Tomorrowland attracts 400, 000 enthusiastic festival goers and hosts around 38 000 people at the DreamVille campsite in Boom, Belgium. Every year around 75 tonnes of camping equipment is estimated to be abandoned after the music pipes down.

In 2016, Love Tomorrow platform born from the festival in order to improve its ecological footprint and social impact, teamed up with local social enterprises De Kringwinkel Ecoso to re-use the abandoned gear instead of throwing it away. In 2017 it resulted in a game changing-project, Camp2Camp, combining both re-use and an innovative rental service.

With support of volunteers, the camping gear is gathered, sorted, cleaned, repaired and re-used or upcycled into new products such as re-usable bags. Thanks to the partnership with De Kringwinkel Ecoso, the vast amount of camping gear not only gets a second life but also creates jobs locally for people distant from the labour market.

Tents, matrasses and other items are also available for short term rent to festival visitors. Allowing people to rent camping gear at a cheap price helps them think twice about bringing gear they would then leave behind. For making the most of the equipment also outside of the festival period, Camp2Camp will set up a social rental service for youth organizations and similar initiatives. Camp2Camp wants to give more people, especially children and youngsters, the chance to enjoy the virtue of camping or going on youth camps.

De Kringwinkel Ecoso is part of a wider network of social enterprises in Belgian region of Flanders, federating 30 re-use social enterprises with almost 150 second-hand shops and giving employment opportunities to over 5,000 people.

← Call for proposals: Study on the Social Benefits of Social Enterprises active in re-use, repair and recycling
More jobs, less waste: RREUSE reaction to Juncker’s State of the Union 2018 →