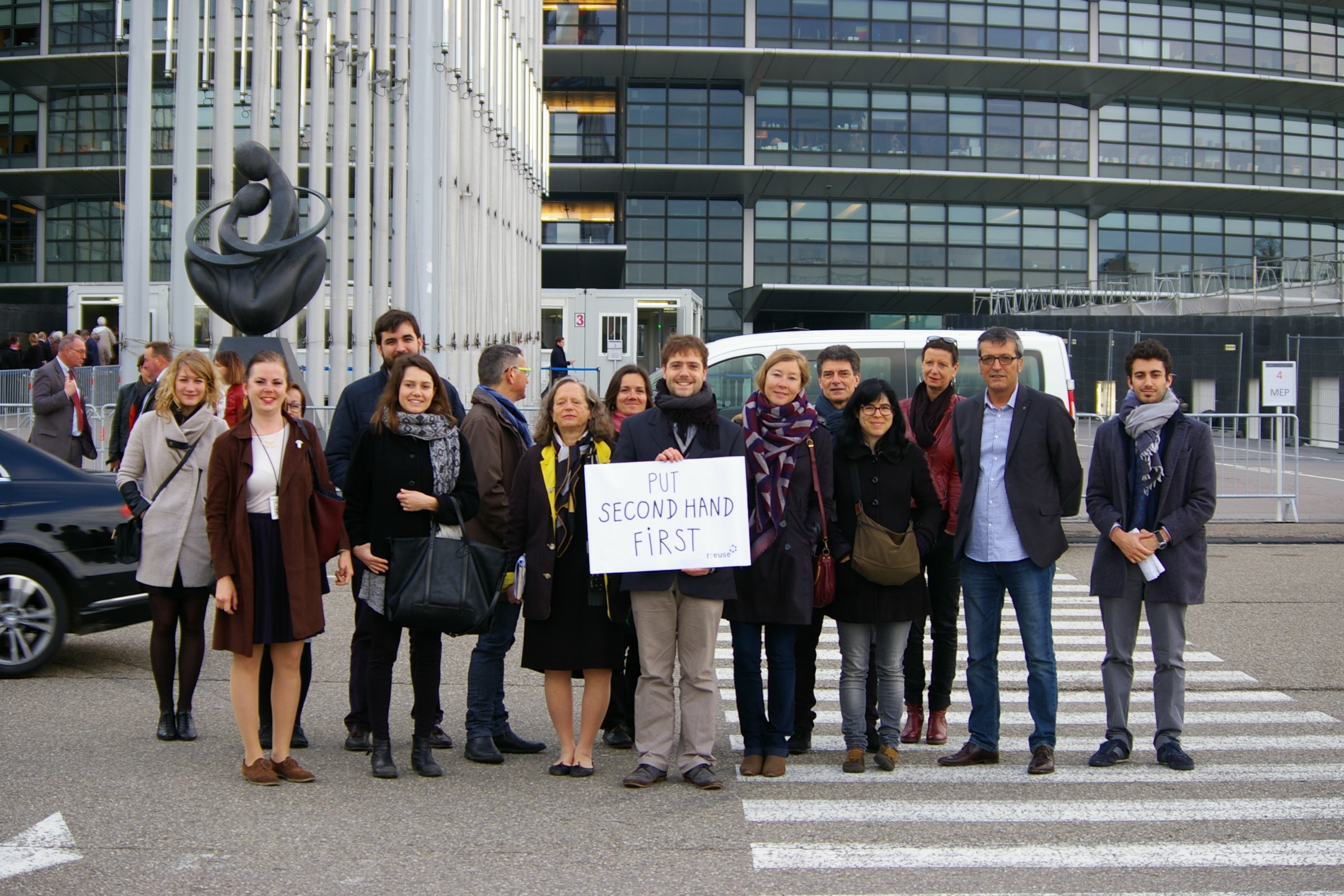 A delegation of MEPs and European parliamentary staff working on the EU’s revised Circular Economy Package toured a French re-use facility in Strasbourg earlier this month. The visit, organised by RREUSE, introduced policymakers to the training and job creation potential of repair and re-use social enterprises. It also reinforced the message that re-use targets and guaranteed access to waste streams are critical to the future of the sector.

Following transfer to the site by Citiz, a car-sharing cooperative, the delegates took an in-depth tour of Envie Strasbourg, a branch of the Envie Federation, a social enterprise network working in re-use, repair and recycling of WEEE. In total the federation refurbishes 90,000 appliances annually and creates local jobs for over 2,500 people, the majority of whom are distanced from the labour market. The tour was wrapped up by an exchibition of upcycled goods from social enterprise Libre Objet.

The discussion that followed addressed major issues of the new legislation to be adopted within the Circular Economy Package. It was emphasised that a strong legal framework is needed to stabilise the position of social economy operators in re-use and to benefit from their positive social and environmental impact.

Amongst the biggest obstacles to the social economy sector working with waste is limited access to municipal waste collection points. Separate quantitative target for preparing for re-use was stressed as a main instrument to unlock the access to the waste material to re-use centres and to drive cooperation between waste collection operators and social enterprises working in re-use. With better access there would be less losses of material and more jobs could be created. Preparing for re-use should be prioritised above recycling as it helps waste prevention and offers notably bigger job creation potential. This was also confirmed by Envie where re-use of the same amount of waste employs about five times more people than recycling. Lastly the importance of social clauses in waste legislation was highlighted, in order to assure a stable position of social enterprises in the sector.