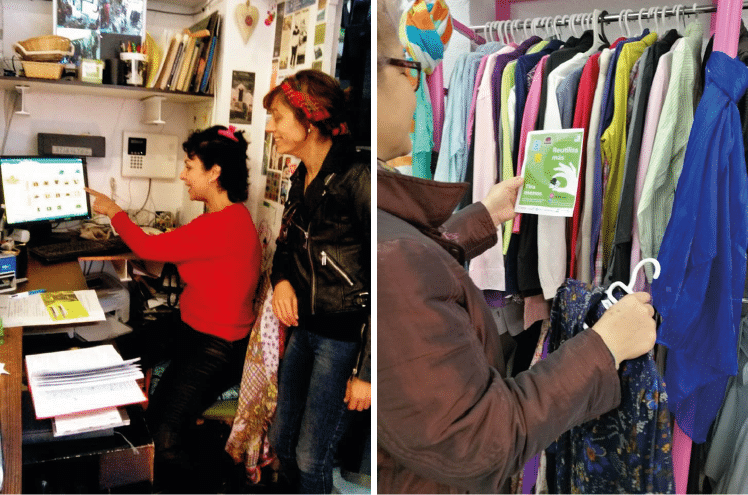 RREUSE’s annual campaign Reuse More Throw Less was carried out by re-use centres from its network during the European Week for Waste Reduction that took place between 18 and 26 November 2017. Over six days, 170 participating re-use centres in five European countries weighed all donated goods collected and sold in their shops. At the end, RREUSE added these numbers together to show the impact they had on waste reduction. This year the re-use centres collected 1,271 tonnes of used goods, sold 398 tonnes as second hand and welcomed 8,101 customers.

By communicating how much we have saved from ending up as waste, we wanted to show that we can not only save resources but also help to create local employment by donating used goods and buying second-hand. We achieved this by involving the second-hand shop customers, employees and the wider public.

Who participated this year?